I ignore media coverage of war to be Fail Safe 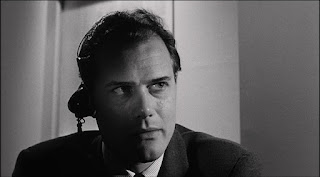 I remember the days after February 24, 2022, when Russia invaded Ukraine.

Although I knew better than to be taken in by the war, I was hooked on the coverage, for the first six months of it or so. Russia's public position appeared pretty interesting, so I started watching and reading all I could about Russia's involvement in Ukraine. I must have started by watching Ukraine on Fire and The Putin Interviews then moved onto watching RT, RT Documentary, and Combat Approved, then eventually certain YouTube personalities and channels as Gonzalo Lira, Scott Ritter, Richard Medhurst, The Duran, and Redacted.

I even started reading books as A Short History of Russia by Mark Galeotti, Spetsnaz by Viktor Suvorov, and Mafia State by Luke Harding.

I checked everyday the new Ukraine war videos on the YouTube channel of Hindustan Times.

Then, one day, except for the occasional scans for information, I let it all go. I had finally decided to follow what I knew all along. In the words of Alonzo Harris from Training Day: "This is a newspaper, right? It's 90% bullshit. But it's entertaining."

The tension-filled media coverage and political debates of the Ukraine war media machine appear to be using the suffering of common Ukrainians and common Russians to suck the souls of spectators around the world by inflating prices and distracting attention away from what truly needs to be done.

For example, what the world needs this very moment is interest-free, non-debt currency for free and abundant circulation and use. It needs people to learn to become food-independent, rather than buying all their groceries at the supermarket. It needs people to move off the grid by developing methods and technologies to enable such a lifestyle. Of course, such necessities are easier said than done, and that's why anyone interested in transcending and transforming the control matrix must start coming together.

It appears the rulers of the world wish to submit humanity and nature to its global control system. The pandemic lockdown did its job breaking down the economy, and the war in Ukraine appears to be finishing the job. Seeing how well natural beings adapt to - or simply withdraw from - their environment (just look at pigeons for the former), I doubt these rulers will submit nature without killing themselves first.

However, humanity is in danger. With the way humanity loves TV, city life, and listening to their officials and so-called "experts," it looks like large part of humanity will choose to live and die by the matrix. However, there are still plenty of people who are genuinely aware and fed up with the tyrannical control system and are working to adopt a positive, self-sustaining lifestyle.

I rewatched in parts the 1964 nuclear showdown film Fail Safe after Russia invaded Ukraine last year. With what appeared to be the opening throes of World War III and the perceived threat of nuclear warfare, it seemed like essential viewing. Incrementally advancing the story about how an error in the nuclear warfare "fail-safe" system eventually results in in annihilation for Moscow and New York, the movie offered a somber, sterile, and gripping nuclear scenario. I even highly recommend it to those who are still in their media absorption phase, as I was.

Ultimately, what I take from the film is that the best fail-safe way to overcome this matrix and its soul-sucking media machine is to just give it up and focus instead on important matters as free and abundant currency, natural procurement of food, and off-grid technologies. These matters are complex and possibly subject to interference from dishonorable forces, so let's make it easier on ourselves by getting in touch and start putting our heads together.

(Image credit: Screenshot from Fail Safe [1964], captured by the author)
by Dr. HotNonPorn
Email ThisBlogThis!Share to TwitterShare to FacebookShare to Pinterest
Filed under: Fail Safe (1964)